Disclosure: This is a sponsored post in collaboration with Connect Her Media, GenZ Social Summit, and Great Wolf Lodge. All opinions are my own. 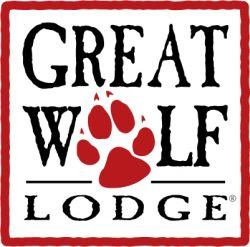 It’s obvious that social media is here to stay and our thoughts have to be progressive for our children born into this digital world.   Gen Z Social Summit, the first of it’s kind, will be held at the completely awesome Great Wolf Lodge on Sunday, May 6, 2018.

Disclosure: This is a sponsored post in collaboration with Mommy In Los Angeles® Magazine and The LA Clippers Youth Basketball Summer Camp Program. All opinions are my own.

The time is now to start planning summer activities.  Personally, I’m looking into physical activities since my guys won’t have that guaranteed recess or playtime during or after school over their summer break.  We focus on the arts and academics too but sports are just as important as it instills an understanding of good sportsmanship, the power of exercise and for me, it gets them out of the house and out of the refrigerator.  Growing boys constantly eat and in the summer it is excessive, over the top, every thirty minutes someone is hungry!  So my solution is The LA Clippers Basketball Camp with an interest that I know they will look forward to attending, for the entire duration.

The Theatre at Ace Hotel in downtown Los Angeles, California

Colin Kaepernick is a professional quarterback who is heavily involved with the community and works to fight oppression of all kinds globally through education and social activism. He founded and fully funded the national Know Your Rights Camps to empower youth in their community and teach them various ways to interact with law enforcement as well as self-empowerment and motivation.

Gabrielle Union will honor her mother at its annual “Dear Mama: A Love Letter to Moms” special.  One of today’s hottest stars, Gabrielle Union, continues to shine.  Union is currently the star of BET’s Being Mary Jane. She plays ‘Mary Jane Paul,’ a successful talk show host while balancing her professional and private life. Gabrielle was also recently seen on the big screen in Think Like a Man, Think Like a Man Too and Top Five. Recently, Union released her memoir, We’re Going to Need More Wine: Stories That Are Funny, Complicated and True. which features series of essays, personal stories and reflections on a range of topics that continue to define the contemporary landscape: sexuality, womanhood, friendship, race, marriage and beauty. Up next, Union can be seen in James McTeigue’s home-invasion drama Breaking In, which is scheduled to be released on May 11th by Universal Pictures, where she also serves as an executive producer.

Single Moms Planet  was founded by Neferteri Plessy with the purpose of bringing attention to the unique plight of single mothers and to remove the barriers that stand between a better life for them and their children.  As we are learning, single mothers are like a mosaic, made up of all different races, cultures, professions and economic status.

Ms. Plessy’s mission is to help balance the lives of single mothers and their families by empowering them through comprehensive programs of mentorship, financial literacy & aid, family & health counseling and entrepreneurial training.

Charlize Theron and Tully, Keep It Real for Motherhood

A Lot of Us are Naive to Postpartum Depression

I have had two boys.  I had them natural, no drugs and no postpartum to follow.  Yes, I am very thankful for my experience.  After giving birth to my second son, a nurse asked me how I felt and if I were happy.  I thought this was the oddest question ever, the thought of her being sarcastic ran through my mind too because she was serious and not really smiling.  I thought why ask me if I’m happy and not have a smile on your face.  Later I learned that she was screening me for postpartum depression.  I have to admit that I was naive as to exactly what postpartum depression really was and the seriousness of it and even more the open conversations that should be had about it.  If I was in the dark about it, due to lack of open dialog about it, then what’s happening to the moms that are experiencing it and are just as uneducated about the topic as I was?

SPÄNST will launch early at IKEA Burbank in conjunction with the global collection launch and will be available for Burbank in-store purchase as early as April 18, 2018. nationwide starting May 2018.

For many, our home is an extension of who we are and how we live our lives.  We are living in the days and times of transparent and consistent identity and branding.  It’s even expressed through our personal style be it fashion, transportation, profession and at home.

Design is on another level and has changed how we display our personal belongings.   Chris Stamp, the LA-based fashion designer and creative director of Stampd with SPÄNST of the iconic IKEA brand have come up with the perfect expression for home and street life decor and designed a line perfect for furnishing for the active, urban nests of today.

“I grew up surfing and skating.  Here in So Cal, skating is more than transportation. It’s a culture and an intimate part of the Stampd DNA. I’m honored to get the opportunity to design the first skateboard ever at IKEA.”
– Chris Stamp

Since his early childhood days, Chris has always been immersed in fashion and the arts inspired by his mother’s hard work as a handbag designer and small business owner in Aspen, Colorado.  Founded in 2011, for a senior project, Stampd has become known for its meticulous attention to detail and designs that embody modern youth culture with high quality and a minimalistic aesthetics.

Today, with a growing team, Stampd has its own flagship store in the heart of Los Angeles, selling his line of clothes and accessories all over the world.

*This is a sponsored post.  Thank you for your support!

Visit Fred Segal located at 8500 Sunset Boulevard in West Hollywood, ‘Rock ‘n Roll Holy Land’ will be open April 11 through May 6 during Fred Segal’s regular store hours: Monday through Saturday, 10 AM to 9 PM and on Sunday from 11 AM to 6 PM.

New York Times Host: The State of Dining in California at The LINE Hotel LA

New York Times Subscriber Events is a new benefit for All-Access Plus subscribers providing access to live and digital programs.  Times Events are designed to bring its audience behind the headline-making stories at The New York Times.  For more information about the wide range of subscriber events visit  timesevents.nytimes.com

The Daily Front Row hosted its fourth annual Fashion Los Angeles Awards (the FLAs), celebrating the visionaries who make the intersection between fashion and Hollywood the most stylish place to be.  The Beverly Hills Hotel beautiful Crystal Gardens welcomed honorees are featured in The Daily Front Row: Hollywood Edition, a collectible issue of the glossy magazine that also highlights the chicest shopping and hospitality destinations in Los Angeles.

Candy-maker Gustav Nebel first introduced his delicious, iconic caramel recipe in 1909 using only the best ingredients — real butter, fresh cream, white and brown sugars, a pinch of salt and a lot of time.  He created a treasure worthy of being wrapped in gold and named the candy Werther’s Original in honor of his village in Germany.